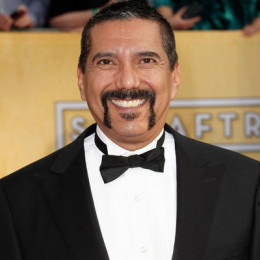 An American actor who is popular for his role as DEA agent Steven Gomez in the AMC popular TV series which is also Emmy Award winning television series "Breaking Bad". He graduated from West Mesa High School and then studied Theatre at Eastern New Mexico University. He has also appeared in other movies like First Snow, Kites etc. He is life-long resident of New Mexico. Beside his serious acting, he is also popular comedians out of the southwest.

Talking about his personal life, he has revealed very little information regarding his personal matters. He is already married to his longtime sweet heart. Until now there has been no report of any extra marital affair of him with other girl which suggest that he is faithful towards his wife. Together the couple is parents of four children. But he has not yet disclosed the name of the children.

Together they are parents of four children. Couple's picture while they were hanging out can be found in different sites.