The Canadian native Steven Pinker is professionally a visiting professor at the New College of Humanities. He is an experimental psychologist who is known for his writings on language, mind and human nature. Pinker has written several books and some of them are "How the Mind Works", "The Stuff of Thought: Language as a Window into Human Nature", "The Sense of Style: The Thinking Person's Guide to Writing in the 21st century" and so on.

For his amazing work, he was honored with various titles like Time's 100 most influential people in the world in the year 2004. Prospect and Foreign Policy also listed him in 100 top public intellectuals. He is currently married to philosopher and novelist Rebecca Goldstein.

Steven Pinker was born Steven Arthur Pinker to parents Roslyn Wiesenfeld and Harry Pinker on September 18, 1954, in Montreal, Quebec, Canada. He belonged to a middle-class Jewish family and his grandparents are the immigrants of Poland and Romania who used to own a small necktie factory in Montreal.

His father Harry Pinker was a lawyer and his mother Roslyn was a homemaker, high school vice principal, and a guidance counselor. He grew up with his two younger siblings a brother named Robert Pinker who is a policy analyst. While his younger sister Susan Pinker is a psychologist and writer who has written books like The Sexual Paradox and The Village Effect. 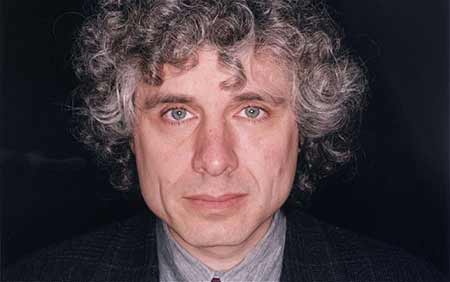 As for his educational background, he is a graduate of Dawson College and grabbed a Bachelor of Arts degree in psychology from McGill University in 1976. Then he enrolled at Harvard University from where he achieved Doctorate degree of Philosophy in experimental psychology.

After gaining a degree from Harvard he started working as an assistant professor there and then shifted jobs at Stanford University. Later on to attain a masters degree he did research at the Massachusetts Institute of Technology for a year.

Steven Pinker is professionally a professor who gives lectures at the New College of Humanities as a visiting professor. He was associated with Johnstone Family in the psychology department at Harvard and has written eight books like How the Mind Works, The Stuff of Thought: Language as a Window into Human Nature, The Sense of Style: The Thinking Person's Guide to Writing in the 21st century and so on. His latest published book is Enlightenment Now: The Case for Reason, Science, Humanism and Progress which was published on February 13, 2018.

Among his books, The Language Instinct was highly acclaimed. The book combines cognitive science with evolutionary psychology and behavioral genetics. He is also an experimental psychologist who is known as one of the world’s foremost writers on language, mind and human nature. 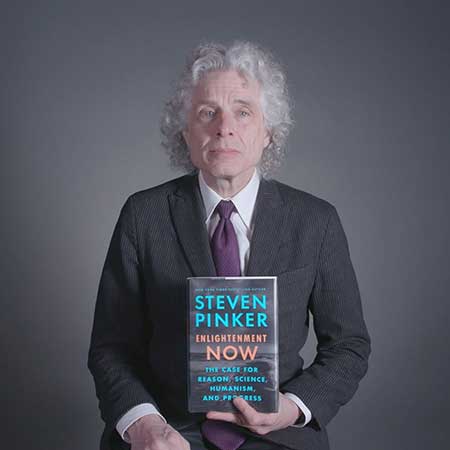 For his work, he has been honored by the National Academy of Sciences, the Royal Institution of Great Britain, the Cognitive Neuroscience Society and the American Psychological Association. He along with his thesis adviser Stephen Kosslyn did extensive research on visual cognition.

Pinker participated in debates and some of his debated topics are The Science of Gender and Science and The Decline of Violence. Besides, he has written numerous articles and essays where he has depicted his thoughts.

Steven Pinker's net worth is not estimated as of yet. His major source of earning is from his career as a professor and author. He took home a salary of $17.1k from his first ever job as a professor at Harvard University. The average salary of a professor is $98,974 and $48,289 for lecturers.

Steven Pinker is a married man who has married thrice in his lifetime. He firstly tied the knot to Psychologist Nancy Etcoff in 1980 and after staying together for 12 years they divorced in 1992. Then he married llavenil Subbiah in 1995 but unfortunately, they later divorced. He is currently married to philosopher and novelist Rebecca Goldstein. 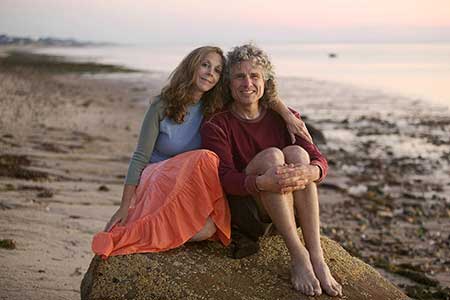 Their marriage ceremony took place in 2007 and the duo is happily married. Pinker doesn't have any children from any of his marriages. Though he is the stepfather of his wife Goldstein's daughters named Yael Goldstein Love who is also a novelist and Danielle Blau who is a poet.

He describes himself as an equity feminist which is a form of liberal feminism. When he became a graduate he wrote about the connecting dots between mathematical models of learning and language development in children which got published in a major journal.

He was named among Time's 100 most influential people in the world in the year 2004. Prospect and Foreign Policy also listed him in 100 top public intellectuals. Pinker was honored and received the American Humanist Association award for being the Humanist of the Year for his contributions to public understanding of human evolution. He was elected to the National Academy of Sciences in 2016.

She is the first wife of Pinker, who by profession is a Psychologist and author. They were married from 1980 till 1992.

She is the second wife of Pinker, who by profession is a Physiologist. They were married in 1995 and divorced later on.

An American philosopher and reputed author, Rebecca is the third and current wife of Pinker. They are married since 2007.