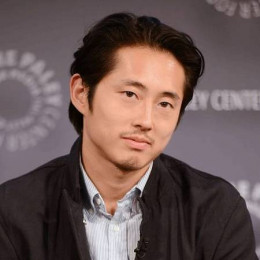 He is an actor best known for his role on AMC television horror drama series, The Walking Dead, as Glenn Rhee. His father is Je Yeun and mother is June Yeun. He is an investor of The Bun Shop, a Korean-Mediterranean fusion restaurant in Korea-town, Los Angeles. In 2005, he graduated from Kalamazoo College with a bachelor's degree in psychology with a concentration in neuroscience. Has appeared in commercials for Apple, Milky Way and Best Buy.

Moving on to his personal life, he hasn't been married yet and obviously has no children. There are a lot of rumors going on about him dating his on-screen girlfriend of the TV series "The Walking Dead". They are often spotted together so may be he is in relationship with her, but there is no any official announcement in this regard. He hasn't been a part of any controversy yet.