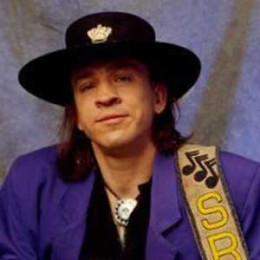 American musician, singer, songwriter, and record producer, Stevie Ray began playing guitar as a child, inspired by older brother Jimmie Vaughan. In 1984, the Blues Foundation named him 'Entertainer of the Year' and 'Blues Instrumentalist of the Year.' In 1987, Performance Magazine praised Ray and declared him Rhythm and Blues Act of the Year. He won six Grammy Awards and ten Austin Music Awards. Moreover, he was inducted into the Blues Hall of Fame in 2000, and the Musicians Hall of Fame in 2014.

Stevie Ray Vaughan is the son of Jim Vaughan, also known as Big Jim and Martha Cook. He was born on 3rd October 1954, in Dallas, Texas. He was three-and-a-half years younger than his brother Jimmie. Ray attended Justin F. Kimball High School during the early 1970s.

In May 1969, after leaving the Brooklyn Underground, Stevie Ray joined a band called the Southern Distributor. He gained popularity with his band Double Trouble.

First recordings up to Fourth and final studio album

In September 1970, he made his first studio recording with the band 'Cast of Thousands', which included future actor Stephen Tobolowsky.

In March 1973, he joined Marc Benno's band, the Nightcrawlers, after meeting Benno at a jam session years before. In mid-May 1978, one of the band members, Clark left to form his own group. So, Vaughan renamed the band Double Trouble, taken from the title of an Otis Rush song.

His group 'Double Trouble' gained national attention at a show organized by the Montreux Jazz Festival. Gregg Geller, vice president of A&R at Epic Records in mid-March 1983, signed with Double Trouble after that the band achieved national success.

The album, 'Texas Flood,' opens with the track "Love Struck Baby" was written for Lenny on their "love struck day."

The band's third album Soul to Soul released in March 1985. In July 1986, he decided that the band would record the LP, 'Live Alive,' during three live appearances in Austin and Dallas.

After divorce with his wife he recorded for Double Trouble's fourth and final studio album, entitled 'In Step.'

On 5th December 1979, while Stevie Ray was arrested by an officer who was on an off-duty, in the dressing room before a performance in Houston, after witnessing his usage of cocaine.

During 1975, Ray drank whiskey regularly and also used cocaine on a regular basis.

On 27th August 1990, in East Troy, Wisconsin, U.S. Ray died in a helicopter crash while traveling back to Chicago from a concert in Wisconsin.

His memorial was held on 30th August 1990, at Laurel Land Cemetery in Dallas. Ray was buried next to his father and was preceded by a private chapel service for close friends and family.

Stevie Ray won five W. C. Handy Awards. His album sales in the US stand at over 15 million units.

His album named 'Family Style,' released shortly after his death, won the 1991 Grammy Award for Best Contemporary Blues Album. It also became his best-selling, non-Double Trouble studio album with over a million shipments in the US.

Stevie Ray had a net worth of $8 million.