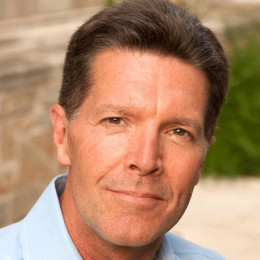 Stone Stockton Phillips is a news correspondent and journalist, best known as the co-anchor of Dateline NBC, a news-magazine show. He is the son of Victor, a Monsanto chemical engineer and Grace Phillips, a school teacher. He earned his Bachelor of Arts degree in philosophy with honors from Yale University, in 1977. He began his television career, at the news magazine show 20/20, as a correspondent in 1986.

Talking about his personal life, he is a married man. Till now he has been married only once and with his wife he has raised a son. Actually the couple had a daughter as well, but she died right after her birth. The couple are positive and satisfied with each other's presence so there is no point on their divorce. There is no any controversy related to his personal and professional life.

She was a Puerto Rican by birth but she moved to New York City as a child. She is a successful personality in Fashion industry.

He is the only son of Stone and his wife who was born safe.

She was the second child of Stone who sadly died the day she was born.