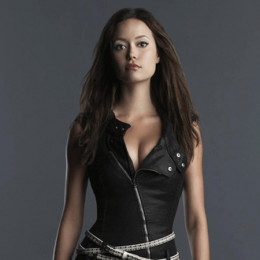 She is an American actress who is known for starring as Cameron Phillips on science fiction series The Terminator Chronicles and also as River Tam in the series Firefly and its film finale, Serenity. Her mother used to work as school teacher and father as a general contractor. When she was just young she earned scholarship from Ballet company, so in order to adjust schedule she was home schooled. Unfortunately she quit dancing due to a broken toe. After that she moved to Los Angeles in 2002 to pursue her career in film industry. She started her career by starring as ballerina in television series Angel. She made her guest appearance in TV series Cold Case. She also starred as Isabel Rochev on The CW series Arrow. In 2006 she was awarded with Saturn Award for Best Supporting Actress for her role in movie "Serenity".

Talking about her personal life she is already tied in knot with her longtime boyfriend. She seems to be very happy with her husband. The couple is already parents of one beautiful healthy baby girl. Prior to getting married, she dated her fellow Texan actor. After three years of relationship they broke up. Currently there is no rumor of her having any extra marital affair with anyone. She has not been in any controversial issue till date.

He is known for his acting in movie Mirrors (2008). Couple recently welcomed a beautiful baby daughter.

She is very beautiful. Her picture can be found in social media account of her parents.

Sunny Isaabou is the second child name of Summer Glau and her husband Val Morrison.