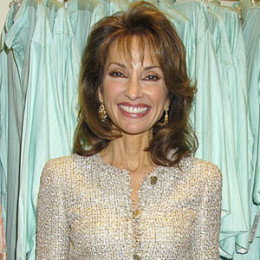 Synopsis The Emmy-award winning actress is known for her role as Erica Kane on the soap 'All My Children.' An actress, television host, Susan Lucci is also known as an author, singer, and entrepreneur. Lucci has also starred in TV films like Mafia Princess and Ebbie as well as on Broadway. Apart from that, she was also a NY Times best-selling author.

Susan Lucci was born on 23rd December 1946 in Scarsdale, New York, the U.S. She is the daughter of Jeanette and Victor Lucci, a building contractor.

Susan's father is of Italian ancestry, and mother is of Swedish, French, and German descent. She studied Garden City High School in Garden City, New York, graduating in 1964. In 1968 she attended Marymount College and graduated with a BA degree in drama.

On 16th January 1970 to 23rd September 2011, Susan Lucci worked as Erica Kane on the ABC television soap opera 'All My Children' till 2011. In 1978 she was nominated for the Outstanding Lead Actress in a Drama Series Emmy for her work on All My Children.

In 1982 she played a minor role in the comedy film Young Doctors in Love. In 1986 she performed the role of Darya Romanoff in the Golden Globe– and Emmy Award-winning TV movie Anastasia: The Mystery of Anna. From 1990 to 1994 Lucci featured as a guest on the nighttime soap opera Dallas.

In 2008, Susan participated in Season 7 of Dancing with the Stars with dance partner Tony Dovolani. On 5th November 2008, she was eliminated from the show and was sixth in the competition.

On 15th November 2012, she performed on The Colbert Report in a segment reflecting the soap-opera-like nature of the Petraeus scandal. In 2015 Susan was inducted as a Disney Legend.

Besides, she also wrote and an autobiography titled 'All My Life: A Memoir' which released on 29 March 2011.

Susan's net worth is estimated at around $45 million. In 1991, she launched her own collection of beauty products entitled the Susan Lucci Collection. She also introduced her fragrance, 'La Lucci', in 1999.

She also earned a good amount by selling her $20 million Hamptons home.

Susan Lucci is married since 13th September 1969, to Helmut Huber, an Austrian businessman. They are the parents of Liza Huber, soap opera actress born on 22nd February 1975 and Andreas Huber, an aspiring professional golfer. 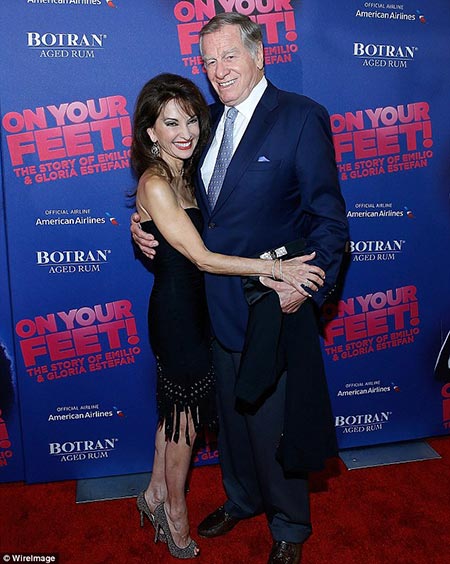 Lucci became a grandmother when her daughter, Liza Huber, gave birth to Royce Alexander on 23rd December 2006 and Brendan, on 16th August 2008. Her third grandchild, Hayden Victoria was born on 23rd March 2011; and her fourth grandchild, Mason Alexander was born on 6th February 2013.

Lucci actively supports Little Flowers Children's Services of New York, a child-care agency providing foster care and adoption. Also in 2000, she was chosen as the celebrity spokesperson for the March of Dimes' National Ambassador Campaign.

Below we present the video of Susan Lucci;

Susan Lucci is married since September 13, 1969, to Helmut Huber, an Austrian businessman.The couple has two children.