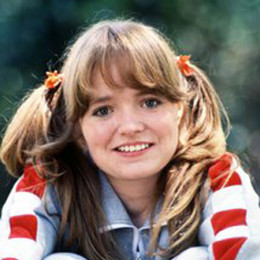 She is a writer, television and film actress, known for portraying on the television series Eight is Enough, as Susan Bradford which she played from 1977 to 1981. She had some small roles in films like American Graffiti and A Star Is Born and on the TV series Happy Days and The Streets of San Francisco. Right after graduating from Coatesville Area Senior High School, she began her acting career.

Talking about her personal life, till now she has been married only once and unfortunately she filed for divorce with her husband due to some complications in their relationship. From the five years of marriage, she has raised a beautiful daughter. Besides her marriage, there is no record of her affairs till date. Once she was badly addicted to Morphine but later she managed to keep it away.

He is the first husband of Richardson, whose personal details has not been disclosed to the media yet.

She is the only daughter of Richardson, whose current status is unknown.