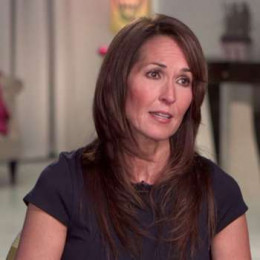 The gorgeous Schneider is a talented artist and graphic designer, who runs the company named "Critical Eye Design". She is a tall, charming lady who seem to have a very good family background with a sound educational portfolio. Actually, she came to prominence after marrying a popular American actor and comedian so there is not much information available about her personal life.

As she came to prominence due to her husband, she definitely is a married woman. Till now she has been married two times but she does not have children from any of her marriage. Detailed information about her first marriage is yet unknown to the media but she was married to her second husband in 2011 till 2014. Actually, she hasn't divorced her second husband, it was his death that made them apart.

He is the first husband of the gorgeous Schneider, whose personal details has not been disclosed to the media yet.

He is the second husband of Schneider, who was an actor and comedian. He died on August 11, 2014.