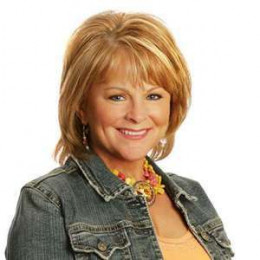 Susie McEntire is an American CCM singer who is the sister of country superstar Reba McEntire. She was born to father Clark Vincent McEntire and mother Jacqueline "Jackie" McEntire. Susie was always interested in music and was influenced by her sisters. She completed her studies from Oklahoma State University. Susie began touring with her sister Reba in 1980s and sung on her two albums, Heart to Heart in 1981 and Unlimited in 1982.

Susie McEntire released her first album in 1993 titled Real Love. Later, she released many albums including "Come As You Are", "Inspirational Favorites", "Count It All Joy", "Let Go", "I’ll Be Home For Christmas", "Passengers", "Chase the Wind". Chase the Wind was released in 2012 which marked the end of her singing career. Susie was previously married to Paul Luchsinger but got separated later. Currently, she is married to Mark Eaton.

She met rodeo cowboy Paul Luchsinger in the 1980’s and married him on 27th November 1981. The couple was very happy for a few years but then they got divorced in 19th May 2008.

She had an affair with speaker, adventurer and fitness professional Mark Eaton. The couple then got married on 12th December 2009. The couple currently travels in the U.S. for the purpose of spreading information about health and fitness. There have been no reported rumors about the couple having extra marital affair, disputes or divorce.