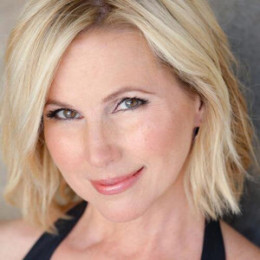 Suzanne Sena is an internationally known host, correspondent, actor and broadcast talent coach. She first gained international attention and an Emmy nomination as the host of the popular show, Celebrity Homes on the E! Entertainment Network. Suzanne joined the number one international cable news station, The Fox News Channel and was an anchor and reporter for CBS in Dallas. She also appeared on the network’s popular morning show, Fox & Friends, and Red Eye.

Currently, the marital status of Suzanne is single. She was previously married to Scott Sena for seven years. The actual cause behind their split up is still unknown to the media. After this divorce, she is never heard to be in relationship with any other people. So she might be busy in achieving the dream she has set in her mind. May be she is busy in search of someone special who can give her happiness.

They were together for nine years before they moved apart. None of them have disclosed any information regarding their divorce.