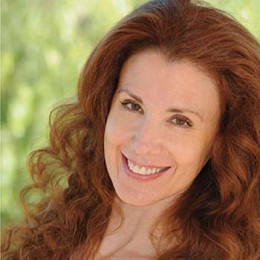 She is an actress, singer, artist, poet and writer, who began her career on the stage, playing four characters opposite Anthony Newley in the national revival tour of Stop the World, I Want to Get Off. She studied at Northwestern University and started acting in stage productions while attending the university. As a singer/songwriter, she has released the alternative country rock album "DidnWannaDoIt!" produced by Jay Ferguson.

Moving on to her personal life, she is yet unmarried and also does not have any kids. It seems like she is happy within herself and does not want to have a partner in her life. Till now there is no record of her getting romantically linked with anyone. Her sexuality is straight, as not dating a man does not makes a person gay or lesbian. Being so popular, she hasn't been a part of any controversial issues.