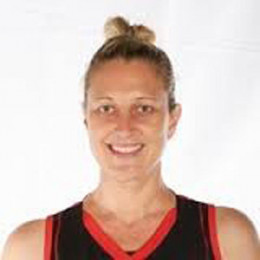 An Australian women's basketball player, Suzy Batkovic is currently married to Matt Brown since 2009. She played her junior basketball with the Port Hunter Basketball Club in Newcastle. Suzy has played basketball for several European clubs including the French Valenciennes. She has played profess Batkovic and was a member of the 2002 Australian Senior Women's Team that won a bronze medal at the World Championships in Spain.

Suzy Batkovic married to Mixed Martial Artist Matt Brown in 2009. She is living happily with him so there are no signs of separation.