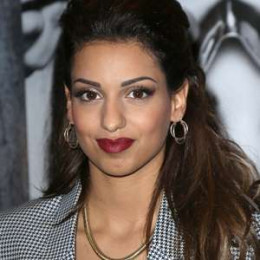 French singer-songwriter and occasional dancer, Tal Benyerzi is currently single. She was born into a musical family. Her Moroccan-Jewish father was a guitar player, her Yemeni mother a professional singer under the name Sem Azar. Tal started to learn piano and guitar and enrolled in dance lessons and modern jazz, at the age of three. She made her first debut song and music video with "La Musique mon ange".

Her first single from the album was "On avance" which reached No. 29 in SNEP, the official French Singles Chart. Tal remains involved in charity. She was the spokesman for MTV's campaign for support of the French AIDS charity Sidaction. Her biggest hit was "Le sens de la vie" taken from the album. It reached No. 4 on the French charts.Talking about her personal life, she has not disclosed any information about her personal life.