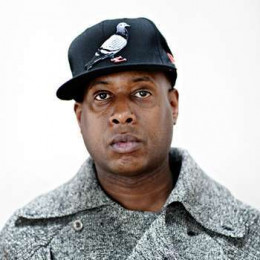 Talib Kweli Greene is a hip hop recording artist, entrepreneur and social activist. He came to prominence through his work with fellow artist 'Mos Def', when they formed the group Black Star. In 1995, he made his underground debut with featured five appearances on Doom, an album by Cincinnati, Ohio group Mood. He was born to professional educators, mother Brenda Greene, an English professor and father an administrator at Adelphi University.

His personal life is full of ups and downs. Since 2009, he has been enjoying his marital relationship with his long time dated girlfriend turned wife. His wife is a Disk Jockey(DJ) by profession. Though the two are married for a long time, yet they don't have any child of their own. Before marrying his wife he was in a serious relationship with an American author with whom he has two children, a son and daughter.

A professional American DJ Eque, is the long time dated girlfriend turned wife of Kweli. The two were married on May 2009 in Bel Air, California.

He is the only son born to Kweli, whose date of birth has not been disclosed to the media yet.

She is the only daughter born to Kweli, who was born safe and sound.