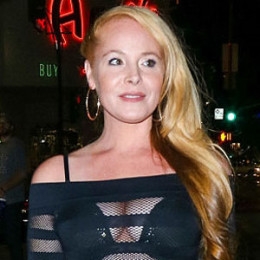 Tami began her modeling career with Elite Model Management, one of the biggest modeling agencies in the world. Erin has appeared on the Warner Bros' film "Tim & Eric's Awesome Christmas Special" as herself; Dreamscape Cinema's film "Disconnect" as 1960's Operator and as LG-22 in Giant Wonder animated series AGENTS.

In 2013, Tami Erin was arrested for assault after she beat up her roommate. She was charged with DUI and hit and run. On 2nd October 2013, Tami sold a sex tape to a pornography company.

Working with the United Nations she has spoken internationally for UNICEF bringing children's health, education and wartime issues to the forefront of debate.