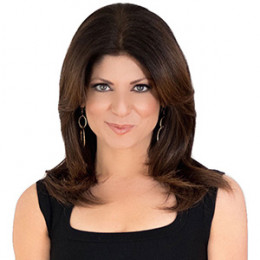 Tamsen Fidel is an American author, television journalist and anchor. She is an author of three books and anchor of PIX11 News in New York. In previous days, Tamsen used to anchor the PIX11 Morning News in New York. She is an eight-time Emmy award winner and is involved with the charitable organizations in order to help people in need. Tamsen started television career as a morning anchor for WHNZ Radio in Tampa, Florida after graduation in bachelor degree in Arts from the University of South Florida in 1992 . In 2002, she had reported for WPGH-TV in Pittsburgh, WFTV in Orlando and WOWK-TV in Charleston, West Virginia and KYW-TV in Philadelphia about the war in Afghanistan. Tamsen joined WCBS in New York and afterward, she joined WPIX in 2008. She is a successful and very demanding journalist in America.

Tamson Fidel was previously married to Matt Titus, an author, but got divorced later. They were living together for a long time but due to some kind of argument, they got divorced. There is no information about her children. Tamson is famous as eight times Emmy award-winning journalist. Tamsen has won Emmy awards four times regular of each year. Tamson is currently working at WPIX News.

Tamsen was married previously to Matt Titus but due to some argument, she got divorced. They do not have any children.