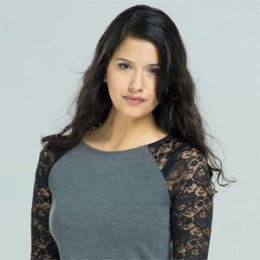 Canadian actress, Tanaya Beatty is well-known for portraying Rachel Black in 2011 American romantic fantasy film, ‘The Twilight Saga: Breaking Dawn - Part 1’. She is also known for her role as Jessica Finch on American series ‘True Justice.’ Kilcher has been involved in aboriginal-education programs in her community. She also earned a certificate from Vancouver Film School in Acting Essentials.

Beatty’s mother is of Da'naxda'xw First Nations descent while her father belongs to Himalayan descent. She was an adopted child, nurtured by an Italian family. She grew up in the interiors of British Columbia.

Beatty graduated from the Vancouver Film School in December 2010. Before this, she had done a social work program and had grabbed a certificate in it.

Tanaya Beatty made her career debut in 2011. She was cast as Rachel Black in 2011 American romantic fantasy film, ‘The Twilight Saga: Breaking Dawn - Part 1.’ The next year, she appeared as Jessica Finch in American television action series 'True Justice’.

In the year 2014, Beatty appeared as Mel in the two episodes of post-apocalyptic science fiction series ‘The 100.’ After two years, she started filming for HBO’s miniseries ‘Lewis and Clark’.

Beatty also joined the cast of the American medical drama series, ‘The Night Shift’ for its 3rd season. In 2017, she got appeared in the Canadian historical drama film, ‘Hochelaga, Land of Souls’.

Tanaya Beatty has reached the age of 27 now. She is possibly single at the present. She is quite secretive about her personal life and prefers to maintain her privacy. She has never discussed her love life with media.

Beatty is not active on any social networking sites. She is active in social works as well. She has a strong desire to work for less fortunate and struggling with enigmatic issues.

She seriously takes her craft and puts her time into necessary improvements and refine her talents.

Tanaya Beatty earns a considerable amount of salary from her career. She has maintained a good net worth in her life. However, her net worth is still under review.

Beatty appeared in the movie, 'Words and Pictures’ in 2013. The movie has made a box-office collection of $3.3 million. Her movie, The Twilight Saga: Breaking Dawn - Part 1 has made a total gross of $712.2 million worldwide.