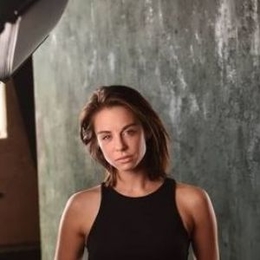 Tanya Bevan is a Canadian actress best known for performing in the CBC TV series Murdoch Mysteries as Annie Beckett. Tanya has actively been in the entertainment field since 2009.

Tanya Bevan is a happily married woman. She blissfully exchanged the matrimony vows with her boyfriend turned husband Greg Hovanessian on February 22, 2022. 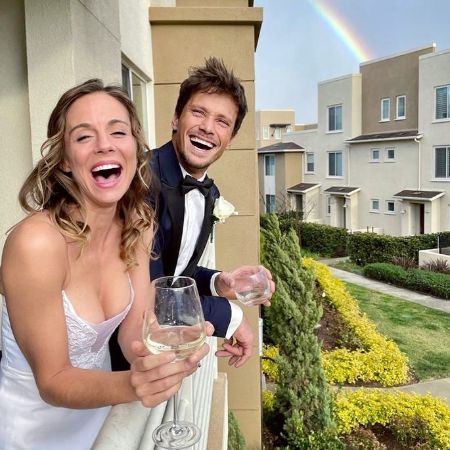 The private ceremony took place in Hawthorne, California. The attendants were fellow actress Michelle Argyris and her boyfriend, Matt Borrelli.

Tanya wore a custom-made sleeveless bridal gown during the wedding while her husband donned a black tuxedo. The guests also posted the magical moment of the newlywed couple dancing on their Ig stories.

The newlywed Tanya announced her marriage publicly on February 25 via Instagram. She posted a beautiful snap of the duo smiling, holding a glass with a caption that reads," 2.02.2022 alongside rainbow emoji." 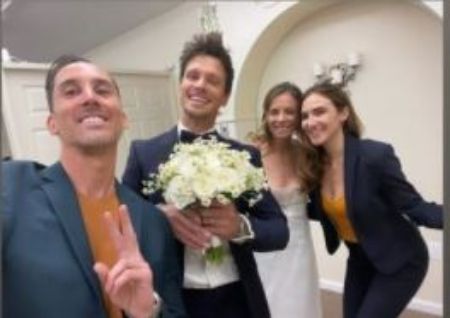 Tanya Bevan and her husband Greg Hovanessian are both actors. SOURCE: Instagram(@mattborrelli)

To add up, Tanya first met Greg during her early theatre days. It seems like sharing a similar passion for acting is the cause of their closer bond and prosperous relationship.

Not to mention, the actress doesnt lag to shower her love for her better half. Bevan previously uploaded a PDA-filled picture with her partner the next day of Valentine's Day. The two do not share any children to date but might plan to start a family soon.

Tanya Bevan is a renowned Canadian actor who hails from Ontario. He is a fine artist and motorcycle enthusiast. Greg is famous for his work in Another Life Beauchamp McCarry. Greg also taught his lady to surf along with him in the waves of the ocean.

How Rich Is Tanya Bevan?

Tanya Bevan began acting in theatre. Soon, Tanya landed roles in 'Day 3' and later jumped to prominent television and films. The star lived in the hearts of millions for her portrayal of Sam in Ashes.

Some of her latest appeared shows include Bunker Burger and Christmas Scavenger Hunt. Tanya is one of the cast in the series Murdoch Mysteries opposite Thomas Craig and Jonny Harris.

Besides, Bevan is for the football team. Other than acting, she promotes her business of self-made stone pieces of jewelry on her Instagram.

Well, Tanya has summoned an estimated networth of $1.5 million. She receives a paycheck of around $55,000 to $65,000, which is the basic salary of an actress in Canada. 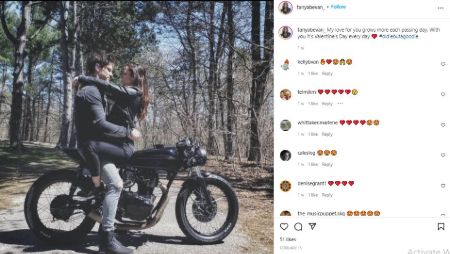 Tanya Bevan and her partner Greg Hovanessian dated for many years. SOURCE: Instagram(@tanyabevan_)