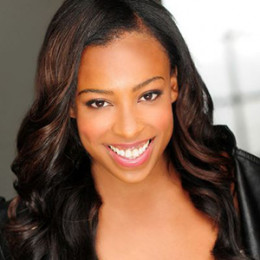 Tanya Chisholm, an American actress of African ethnicity, was born in Ft. Lauderdale, Florida. She is known as the character of Kelly Wainwright in the nickelodeon sitcom show Big Time Rush. Tanya is also known as the famous High School Musical 2 star for playing the role of Jackie after which she rose to fame. But her actual break into the acting career came after the series Veronica Mars.

Besides an actress, Tanya Chisholm is also a dancer. She struggled to get into acting as her family was economically low and her mother used to run a cake shop. Tanya has also worked with the youtube channel WongFu Productions. Tanya is the winner of Regent's Scholarship for Academic Achievement.as well as John and Faith Surabian Musical Theater Award. She has not disclosed anything about her personal life regarding relationships.