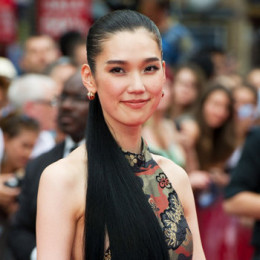 A Japanese actress and model who is better known for her role as Mariko Yashida, in The Wolverine, alongside with Hugh Jackman. She was just 14 years old when she started modelling. After she moved to Paris, she started her professional career through European runways. She has already modeled for popular modest brands like Dolce & Gabbana, Fendi, Louis Vuitton, Michael Kors, Miu Miu, Ralph Lauren, Alexander Wang, Chanel and Yves Saint Laurent. She has been casted Mercy Graves as 2016 film Batman v Superman: Dawn of Justice.

Regarding her personal life she has not married yet but she is already relationship with her longtime boyfriend. Together they make a very stunning and stylish power couple which we all envy. Together they were even featured in “The New Look of Banana Republic”. Beside him there is no record of her dating anyone. If couple keep their relationship in the same pace as now, they can certainly take their relationship to whole new level.