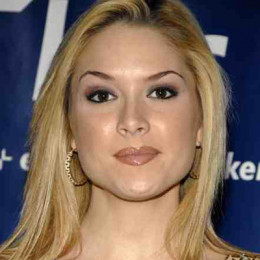 An American beauty queen, model, and actress Tara Conner who is known as the winner of Miss USA 2006. She also took part in Miss Teen USA as well as Miss Universe pageants. She completed her high school from Russell County High School. When she was 14 years old her parents split up. She attended Somerset Community College and studied degree in Business Administration during her Miss USA title.

TMZ reported that the rock is nearly five carats which is from INTA Gems & Diamonds costing around $50,000.

Earlier, she reported that she was sexually assaulted by a family member. She caught the media attention in 2006 when she was caught drinking underage, using cocaine and kissing Miss Teen USA Katie Blair at a night club in New York.

She entered a drug rehabilitation program and now, she works as an advocate against drug addiction.

My #MCM every Monday @elijames #repost if i could go back and tell my younger self you would be married to the one and only @taraeconner ,, i’d say get the fuck out !!! lol .. this moment captured a time of my life where i finally felt at home, i felt solidity with a life partner where we can grow together. I am very lucky and can’t wait to see where we go from here babe. xo  pc @mattitudebrand #marriedlife #strength #couplesgoals #taraconner #elijames #missusa #drummer #fashiondesigner #hitched #together #happylife #happywifehappylife #lifeisgood

She posted an image with her husband Eli James and shocked all her fans in February 2019.

Snuggies with my hubby! @elijames

Also, he posted another image with her darling husband where they seemed so much in love.

Tara Elizabeth Conner was born on 18 December 1985 in Dallas, Texas.

She became Miss USA 2006 and also participated in the Miss Teen USA and Miss Universe pageants.