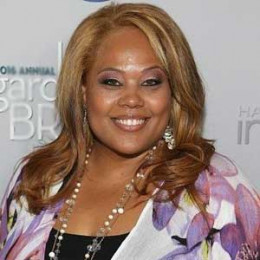 An African-American media personality, Tara Setmayer, is currently a political commentator and the editor of voices of CNN. She was also the former communications director at the United States House of Representatives. Tara is also an author of Haters Didn't Hurt the Hip-Hop Mayor, He Did. Moreover, is also a senior member of The National Leadership Network of Black Conservatives and also a host of different programs including- The Blaze, Real News and so on.

Tara Setmayer was born as Tara Olivia Setmayer on 9th September 1975 in New Jersey, United States. She belongs to African-American ethnicity. Tara was raised in Paramus.

Tara finished her high school from a public comprehensive high school, Fair Lawn High School in 1993. After that, she attended The George Washington University to pursue a degree in Political Science with major in public policy and journalism.

In the initial phase of her career, Tara worked in a non- profit organization that dealt with social policies, Coalition or Urban Renewal & Education (CURE) as a former research fellow and communication specialist. She was also a long-time member of National Advisory Council of the National Leadership Network of Black Conservations.

Moreover,  Tara also worked in the United State House of Representatives as a communications director from 2006-2013. She served as a community liaison advocating on a variety of issues including affordable houses and services for over two years.

Later on, she joined CNN in 2014 as a Republican- supporting political commentator. She runs the programs like- Anderson Cooper 360, CNN Tonight and Erin Burnett OutFront and so on.

Tara Setmayer married in 2013 with her husband whose identity has not been disclosed to the media. Tara posted several photos on Instagram and tweeted on Twitter about her marriage.

Tara is living a blissful life with her husband, and the pair is seen traveling to different places together. They even posted celebration photos of a new year together during a vacation in Miami Beach. They have no children yet.

Tara might have an estimated net worth in millions. An anchor of CNN has an income in millions but with her experience, she might earn more.

Tara Setmayer married in 2013 with her husband whose information is hidden. Tara posted several photos on Instagram and tweeted on Twitter about her marriage.