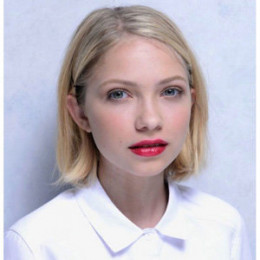 Tavi Gevinson is an American writer, journalist, and film actress who founded Rookie Magazine when she was only 15 years old. She came to public attention at the age of 12, due to her fashion blog Style Rookie. Her father, Steve Gevinson, is a retired English high school teacher and mother, Berit Engen, is a weaver and part-time Hebrew instructor. Gevinson was educated at River Forest High School and is currently attending New York University. She first acted in a short film, First Bass, in 2008, but became more visible in 2012.

She considers herself too young to be in marital relationship. She has not involved herself in any kind of affairs till the date. As of 2016, she is just twenty years old, so she has a great promise to develop her career and achieve the dream she has made in her life. She is also active in social networking sites. She has hundreds of thousands fans on her twitter account. We can follow her @tavitulle.