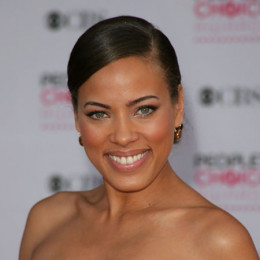 The charming Tawny Cypress is a well-known actress, noted for her role on the television series Unforgettable, where she portrayed the role of Cherie Rollins-Murray. Some of the TV series that made her famous are, 'House of Cards' in which she played as Carly Heath, Fox's drama 'K-Ville' played as Ginger LeBeau, 'Heroes' played as Simone Deveaux. Her father is an African-American while her mother is of Hungarian and German ancestry.

Tawny Cypress' personal life is full of ups and downs but she has managed to move on with her life with a pretty smile on her face. Till now she has been married twice. She was married to her first husband from 2000 to 2004 and from that 4 years of marriage they have raised a son. After getting divorced from her first husband she is happily enjoying her second marriage since 2011. Currently, she lives in New York City.

He is the first husband of Cypress, whose personal details have not been disclosed to the media yet.

He is the second and the current husband of Cypress. He once was found guilty for beating up Bill Charles.

He is the only child of Cypress, who was born safe and sound.