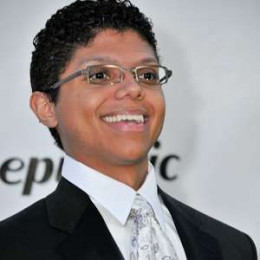 Tay Zonday is a People’s Choice Award-Nominated, Youtube Award-Winning, Webby Award-Winning singer-songwriter, actor, voice talent, and brand spokesperson with more than 160 million video views on Youtube. His video was uploaded as a work in progress and took off after a British journalist remixed and uploaded his own version. Tay graduated from The Evergreen State College in 2004 and attended the Illinois Mathematics and Science Academy, however, dropped out before graduating.

Tay Zonday rose to fame with his viral hit YouTube video  “Chocolate Rain” which has gained over 150 million views on YouTube. He has been interviewed on the most famous shows including Jimmy Kimmel, Good Morning America, America’s Got Talent, CNN, MTV, The BBC. Tay is currently reported to be single. He has not revealed any information about his past relationships as well.