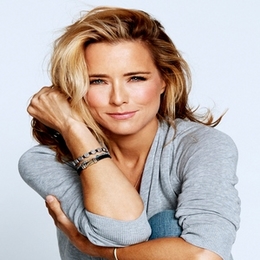 Tea Leoni is known for her portrayal of Elizabeth McCord in the CBS hit series; Madam Secretary, the actress also co-produces and has been successfully running since 2014.

Whilst, the New York-born actress Tea Leoni enjoyed her career in Hollywood with her name credited to multi-million dollar superhit movies, the actress endured publicized failed marriages when it came to her personal life at home.

Leoni who is currently Madame Secretary co-star boyfriend, Tim Daly was married twice, with both being ended in divorce. Leoni's first marriage includes with husband, Neil Joseph Tardio Jr. with whom she tied the knot in 1991 at the St. Luke's Episcopal Church. 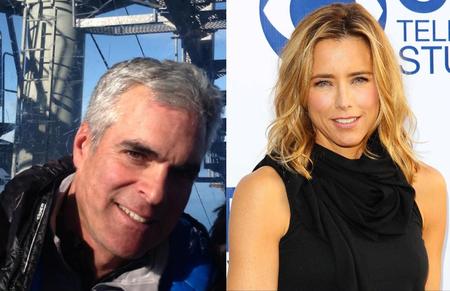 After Leoni's romance turned sour with her first husband, the granddaughter of Helenka Adamowska Pantaleoni then ended her marriage with her Award-nominated director husband in 1995 after four years of togetherness as a husband and wife. 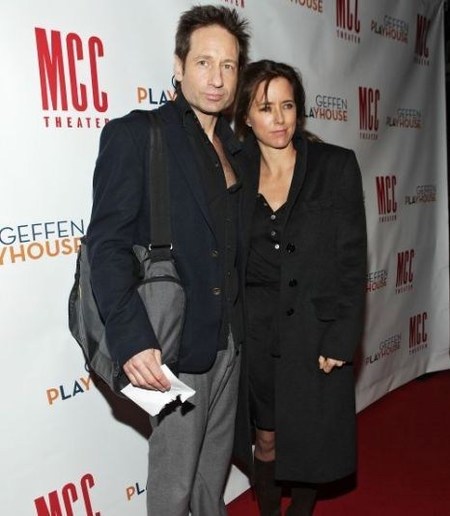 Following her divorce with Neil after two years, Leoni then married on and off second husband, David Duchovny, fellow actor, and musician, on 13th May 1997. The former couple separated and patched up multiple times for nearly ten years in between Duchovny's controversial admission to rehab to treat his sex addiction.

Tea and David first broke up in mid-2008, before they reunited again to split in 2011. Despite living separately, Leoni and The X-Files actor finalized their divorce in 2014 for the betterment of both. The duo also shares two children including; daughter Madelaine West Duchovny, born in 1999 and son Kyd Miller Duchovny, born four years later in 2002. 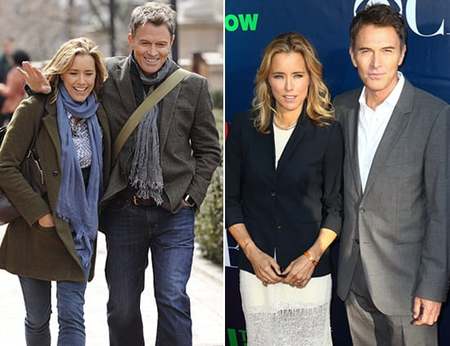 In the meantime, Leoni has been dating fellow co-star Tim Daly since 2014 whom she met and became closer on the set of Madame Secretary.

The Blue-eyed actress has been in the film and tv series industry for more than decades since she first embarked on her acting journey with her role as Lisa DiNapoli in the 1989's hit series, Santa Barbara. Her other notable tv roles also include in the tv series, The Naked Truth, Frasier, Flying Blind, The X-Files and last but not least, Madame Secretary whose final and sixth season would be premiering in late 2019 with ten episodes.

Leoni has equally participated in the big-screen projects too with having her name linked to blockbuster movies including Bad Boys which grossed over $141 million, Deep Impact that had a box office success of $349 million and Fun with Dick and Jane that amassed over $202 million.

For her contribution to the acting field for years, Tea Leoni has been appreciated and even prized with awards like Saturn Awards she won in the category of Best Actress for her role in The Family Man. Leoni whose net worth stands roughly at $20 million is also the nominations recipient of CBS MVP Awards, People's Choice Awards, TV Land Awards, Blockbuster Entertainment Award, and Alliance of Women Film Journalist Awards.

Kyd Miller Duchovny is the only son and the youngest child of actress Tea Leoni and David Duchovny.