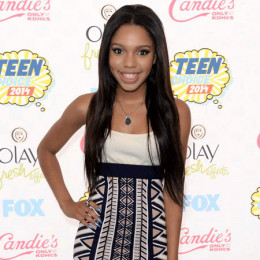 An American actress, comedian and singer who is widely known for her role as Lindsey Kingston-Persons in TBS sitcom Are We There Yet? She debuted in big screen from a movie named Transamerica. She was starred alongside Cameron Dallas in 2014 film Expelled. She lend the voice of Tuck the Turtle on the popular animated show called Wonder Pets. She had recurring role in popular Nickelodeon show "The Naked Brothers Band". Beside all those she also had brief guest appearance in an episode of Law & Order: Special Victims Unit.

Exploring her personal life she has not married yet. She is too young for having any child. Looking at her relationship history she has only dated one guy so far. Her boyfriend is also an actor. But unfortunately she has already broke up with him. Currently she is single and available. Seems like she is too busy in building her career rather than finding a perfect guy for herself.