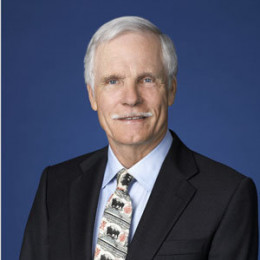 Robert Edward "Ted" Turner III is an American media mogul and philanthropist. As a businessman, he is known as the founder of the Cable News Network (CNN), the first 24-hour cable news channel. In addition, he founded WTBS, which pioneered the superstation concept in cable television.

Ted Turner was married thrice; he first tied the knot to Julia Gale Nye in 1960 and later divorced in 1964. Then he married Jane Shirley Smith in 1965 and the duo is together for 23 years before their split in 1988.

In 1991, Turner married Jane Fonda married and sadly divorced in 2001. Further, he has five children from his past relationships.

Ted Turner is one of the richest entrepreneurs with a total net worth of $2.2 billion. He is best known as the founder of the Cable News Network (CNN).

She is the first woman with whom he tied the knot of marriage but it lasted only for four years.

With her he had the longest family life ever in his life. They sustained their relationship for around twenty three years.

Third wife was an actress with whom he was in married life for around ten years. The cause for their detachment is still unknown.