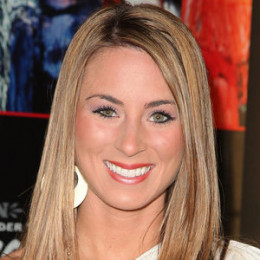 A reality television contestant who is well known for appearing popular ABC reality shows, The Bachelor: On the Wings of Love. She has also appeared in other ABC reality shows like Bachelor Pad and Bachelor in Paradise. She became determined to be actress and moved to Los Angeles in 2002 to audition for Walt Disney Productions. She danced and performed in Disney in Japan and Anaheim for six years. Currently she is working as cast member in ABC dating-based competition reality TV show where one can play games for a chance at a $250,000 cash prize.

Her personal life has however not been as perfect as her career. She was in deep love with her boyfriend before the couple decided to get married. The relationship between them as husband and wife didn't last long due to some serious problems started to occur in their lives. And those problems were the reason which ended their relationship and the couple got divorce. After her marriage she was in relationship with her new boyfriend but after five years of relationship couple broke up. Currently she is single.

After two years of marriage relationship they got divorce due to some personal issue. They had no children from their marriage.