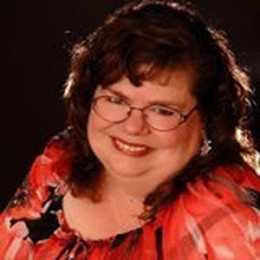 The Pulitzer Prize winner Teresa Carpenter is a bestselling American author. She has authored three successful books: Without a Doubt (1997), Missing Beauty (1988), and The Miss Stone Affair (2003) as well. Besides, she is also the editor of New York Diaries 1609-2009.

The bestselling American author Teresa Carpenter was born in 1948, in Independence, Missouri, US. She spent most of her childhood days her hometown with family.

She attended Graceland University and earned a degree in Bachelor of Arts in English literature. Following that, Teresa did Master of Arts in journalism from the University of Missouri-Columbia.

Moreover, Carpenter’s articles have featured in several anthologies including, Pulitzer Prize Feature Stories, Profiles in Courage for our Time and The Village Voice Anthology as well.

Teresa has also received a number of prestigious awards for her exceptional writing. Her articles in the Village Voice in the 1980s won the Pulitzer Prize for best feature writing.

Besides, she also won two Clarion awards and the Front Page Award as well. Moreover, she received the 1981 Pulitzer in Feature Writing for her account of model Dorothy Stratten’s death.

The Pulitzer Prize winner married her longtime boyfriend Steven Levy. Her husband Steven is an American journalist who has written several books on computers, technology, cryptography, the Internet, cybersecurity, and privacy.

The couple dated for quite a long time before they decided to exchange marriage vows with each other. Teresa and Steve married in a private ceremony with their families and friends.

Currently, they are living in New York's Greenwich Village with their son.

Teresa’s first bestselling book, Without a Doubt, is on Kindle for $5.99, whereas its hardcover price is $20.95 and the paperback is $113.49. Additionally, her second book Missing Beauty’s hardcover cost above $1.00. Her net worth estimated to be more than $1 million.

Steven Levy is an American journalist who has written several books on computers, technology, cryptography, the Internet, cybersecurity, and privacy.