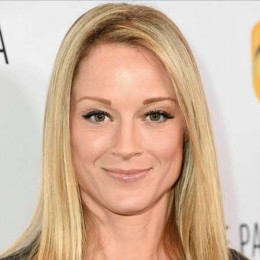 Theresa Elizabeth Polo aka "Teri Polo" is an actress, known for portraying Pam Byrnes-Focker in the Meet the Parents trilogy and currently plays in the ABC Family series The Fosters, as Stef Adams Foster. At the age of 17, she moved to New York City to become an actress and made her acting debut in TV 101.

Teri Polo is possibly single at the moment, but previously, she married twice. She first tied the knot to photographer Anthony Moore in April 1997. The couple has a son together, Griffin (born 2002).

In 2005, the pair decided to split apart and ended their eight long marriage in divorce. Later, she involved in a romantic relationship with drummer Jamie Wollam in 2006. The couple shares a daughter, Bayley (born on 2007). They, however, broke up later.

Teri Polo holds an estimated net worth of $800k. The main source of her earning is from her career as an actress.

Teri Polo was born on Jun1, 1969 in Dover, Delaware, the U.S. to Jane (née Gentry), a homemaker, and Vincent Polo, a stereo systems designer.

He is the first husband of Polo, who by profession is a photographer. The couple is blessed with a son.

He is the first child and only son of Polo, who was born in the year 2002.

She is the only daughter of Polo, who was born healthy in Los Angeles.