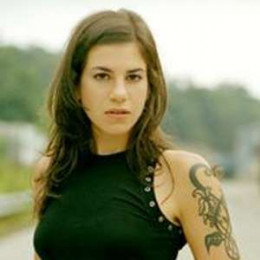 Terra Naomi is an alternative, rock, and pop artist known mostly for her song "Say It's Possible". She was born in Saratoga Springs, New York to a plastic surgeon father and a social worker mother and was raised on a farm. Naomi took classes for classical piano and voice at the Interlochen Performing Arts Camp in Michigan and Belvoir Terrace Summer Camp in Lenox, Massachusetts.

Terra Naomi changed the independent music scene after posting a series of videos on YouTube in 2006 building millions of global audience and signing deals with Universal Music Publishing and Island Records. She has toured and shared the stage with artists like The Fray, Natasha Bedingfield, Sara Bareilles, Martha Wainwright, etc. in many countries of Europe and some parts of Asia. Naomi has not revealed anything about her personal life and relationships.