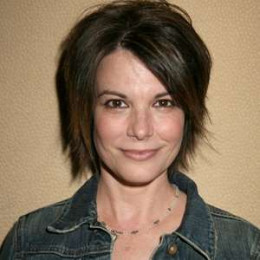 Terri Garber is an actress who made her debut from Soap Opera Texas in 1982. She began her modeling career at the age of four to thirteen.her popular movies are Ass the World Turns, Sporting Chance.

Terri Garber is happily married to William Roudebush in 2013, her former high school drama teacher. Before that, she was married twice, she first married Christopher "Chris" Hager in 1985 and divorced in 1989. The couple shared a daughter, Molly E. Hager who was born in 1986.

Terri Garber was born on December 28, 1960, in Miami, Florida, the U.S. She completed her semester from Boston University. Terri has taken parts in drama series named Law & Order and Cold Case.

Terri Garber married to Chris Hager.The couple married when he was working as a grip on the set of North and South: Book II in 1985.

Terri second married to Frank Howson in 2001 and divorced in 2002.There is no information about their children in social sites.

Terri married to William Rodebush in 2013,he is a director as well as he is her drama teacher.

The couple has a child named Molly E. Hager, she was born in 1986 moreover she is an actress