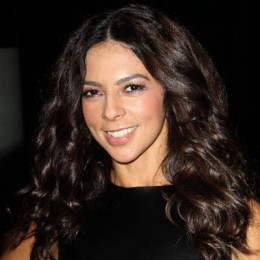 A gorgeous English actress and television presenter commercial model who used to appear in different advertisements and catalogues. She also appeared in the video of UK Rock Band Marillion "No One Can". She is mainly known by her nick names i.e Terri Helene Seymour and Terri Louise Seymour.She belongs to mixed ethnicity i.e. whit and black and she follows Christianity religion.

Talking about her marital status, she is unmarried but she was in serious relationship with English reality TV celebrity, music and television producer. They dated for six years and later they split up due to some inner conflicts. She is now dating a British model. She is also expecting a baby from his side in the end of 2015. They have also interviewed in the media that they are going to marry soon.