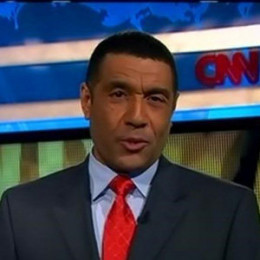 Terry Baddoo is a television executive and a former TV host. He earned a bachelor's degree in Education from London University. He began his journalistic career as a features writer with Custom Car magazine in England, and later worked for IPC magazines. In the mid-1980s he worked in BBC Schools television and later joined BBC TV as a reporter and presenter. From 1995, he was the main U.S-based sports anchor for CNN International's World Sport, writing and presenting live daily news and sign-off on March 2011.

He has once announced that he is married and has three children together. However he did not disclose the identity of his wife and the name of his children. So it justifies that he is a kind of person who loves to keep his personal details secrete in order to avoid rumors and gossips related to that. He is active in social networking sites and regularly makes tweets on Twitter. We can follow him in twitter at @terrybaddoo.