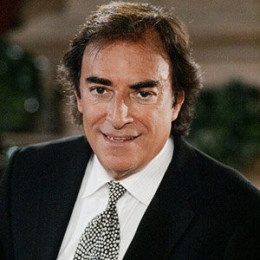 Thaao Penghlis is an Australian actor. His popular movies are Days of Our Lives, Santa Barbara, and General Hospital ,they are a soap opera. He has guest appearances in many movies. Thaao parents are Greek. He began his acting career from a movie named Jockeys .He has traveled many countries .Thaao can speak Greek as well as English. There is no more information about his parents in social sites.

Thaao Penghlis has kept his personal life secret. There is no information about his affairs in social sites.Thaao has nominated for the Soap Opera Digest Award for his movie named Days of Our Lives in a category of Favourite Return .He is not a controversial star. Thaao learned acting from a Milton Katseals.He has acted with Stephen Eckelberry in a movie Nina & the Mystery of the Secret Room.