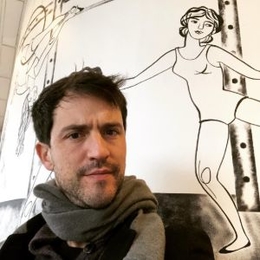 Theo Devaney is an English actor and writer who is well-known for his portrayal of Gavin MacLeod, the son of Crowley, in King of the Damned and Simon in A Christmas Prince which was released in 2017.

Theo Devaney started dating his lady love Kimaya Vyas in 2016. Then, the lovebirds decided to walk down the aisle on July 16, 2018. The extravagant wedding ceremony of Devaney and his wife was held in Battersea Arts Centre- BAC, South London.

On July 16, 2020, Theo shared the happiness with the caption, "A Happy 2nd Anniversary to the woman I'm building my life around. How smoking hot did you look that day?!" This couple has been inseparable ever since marriage with no sign of divorce.

Well, Theo and his lovely wife added a little bundle of joy to their life by welcoming their first child on September 30, 2020. The proud father also took to Instagram to reveal the name of his son as Hector Devaney. And now, after the birth of Hector, the pair focuses on taking care of their young one.

How Rich Is Theo Devaney?

After graduating from acting school, Theo Devaney began working on the television show titled Doctors with the role of Adrian Miller. In a short period, Devaney established himself as a talented actor and appeared in Pysch as Winston.

Check out the video of Theo Devaney pretending to audition for Michael Bay.

Further, in 2011, Theo gave his voice to the character of Aryan La Valette. His recent television credit and first anime role came with Moriarity the Patriot with the portrayal of Sherlock Holmes.

The other appearance includes the Netflix series A Christmas Prince: The Royal Wedding (2018). His net worth as of 2021 is $2 million. 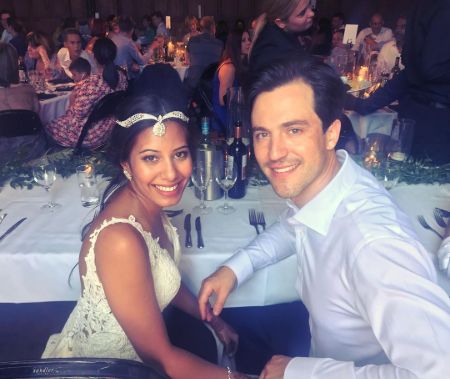 Stay tuned to Married Wiki for biographies and articles of celebrities.

Theo Devaney walked down the aisle with his girlfriend turned wife, Kimaya Vyas. The duo wed in an extravagant wedding in 2018.