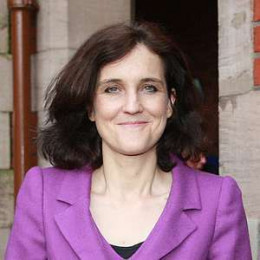 Theresa Villiers is a British Conservative Party politician from the aristocratic Villiers family. She was born as a third child to father Major George Edward Villiers and mother Anne Virginia Threlfall. She grew up in North London and completed her schooling from Francis Holland School. Villiers gained a Bachelor of Laws (LLB) degree with first class honours in 1990 from the University of Bristol. Villiers has been the Member of Parliament (MP) for Chipping Barnet since 2005 and the Secretary of State for Northern Ireland since 2012.

Theresa Villiers  was a professor at King's College, London previously. She was married to barrister Sean Wilken with whom she co-wrote a book on matters of contract and quasi-contract law, which got famous. However, they are now divorced and the actual cause for the split is still unknown. They do not have any children. Theresa is one the supporters of Brexit during the EU referendum.

Theresa worked together with Sean Wilken and they published a legal book while they were married. They got divorced later.