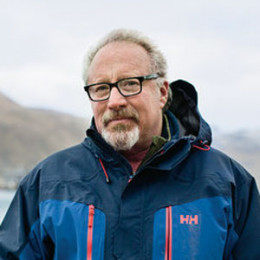 American television producer and narrator/voice-over artist, Thom Beers is also executive producer and narrator for Tornado Road, a mini-series on The Weather Channel and Whisker Wars. He narrates for the show "America's Port" and is an executive producer for "Wild Justice" both on the National Geographic Channel, the pilot episodes of "1,000 Ways to Die" on Spike, "Pitchmen," and "The Colony" on the Discovery Channel.

Thom Beers was born on July 20, 1952, in Batavia, New York, United States. He is American and belongs to the White-American ethnicity/race.

Thom Beers is a former producer and executive who worked at  Turner Broadcasting and Paramount Syndicated Television. He has produced more than 40 TV series since the mid-1990s  most of them were under the banner of his own production company original Productions,  formed in 1999.

Beers produce the shows on Discovery channel including Deadliest Catch for which he earned two Emmy nomination for 2006 and 2007. He also narrated several Discovery Channel series like Swords: Life on the Line, Verminators, Tornado Road,  America's Port,  The Colony and others. Ice Road Truckers (2007), Ax Men (2008) and Deadliest Catch (2005) are his popular works.

Thom Beers is a married man, he tied the knot with his longtime girlfriend,  Leslie Beers. She is the president of Amygdala Music who produces all the music for Original Productions shows and licensing music for other production companies as well.

The duo is blessed with a son, Max Beers who attended Highland Hall, a Waldorf School.

Thom Beers has an estimated net worth of $20 million. He served as executive producer and his average salary is $2 million per annum.

Below we present the video of Thom Beers,