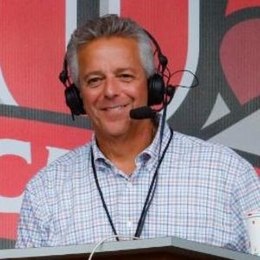 Being a part of the media industry is extremely demanding and challenging considering the pressure it invites. Despite all the hardships and struggles, Thom Brennaman is someone who managed to create a career as a sportscaster. In fact, his anti-gay slur on live television had him suspended from Cincinnati Reds.

Having been part of the broadcasting world since 1986, Thom Brennaman has nothing to worry about when it comes to finances. The broadcaster has acquired vital experiences from working in media like WLWT-TV, WATH, and WGN-TV. Specifically, he gathers a colossal net worth of $2 million as of 2020. With the 'millionaire' tag to his name, Brennaman gathers a massive bank balance, which allows him to live a lavishing lifestyle around all sorts of modern-day amenities. 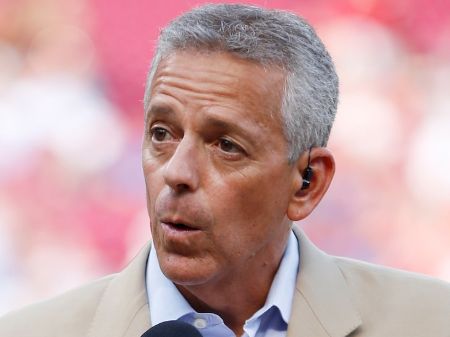 According to estimates from Indeed, Thim Brennaman gathers a salary of around $38,456 per year, which happens to be the average salary of a sports broadcaster. His income source is diverse and not limited to broadcasting only as he contributed voice-over work for several video games like Microsoft Baseball 2001, All-Star Baseball 2002, and GameCube. In addition to that, he was also part of the Fox Sports #2 baseball broadcast team for Major League Baseball from 1996 to 2015.

Talking about the love life of Thom Brennaman, the sportscaster tries his best to conceal the details regarding his personal life. Despite his best efforts, Thom Brenaman failed to hide the fact that he is a married man. Interestingly, he tied the knot with wife Polly Brennaman several years ago. However, he never disclosed any detail about how he first met with his partner or when they exchanged their vows. 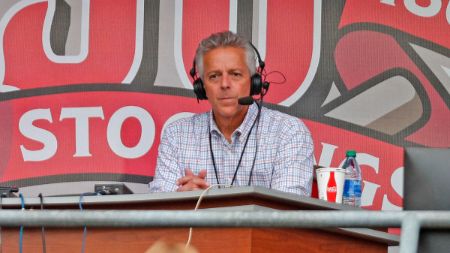 Shortly after their marriage, Thom Brennaman and his wife shared three adorable children named Ella, Mae, and Luke. Despite an extremely busy schedule in his broadcasting career, he tries his best to keep a balance in his personal and professional life.

Thom Brennaman's career in broadcasting began way back in 1986, after his graduation as he joined WLWT-TV as a sports reporter. In fact, at the same time, he also worked as the television play-by-play announcer for the Cincinnati Reds alongside Major League Baseball Hall of Famer Johnny Bench. Not just that, he also did Chicago Cubs broadcasts for WGN-TV. In addition to that, he served as the first television voice for the Arizona Diamondbacks from 1998 to 2006. 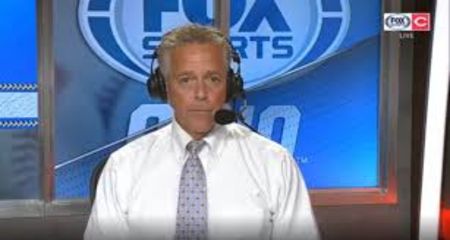 Thom Brennaman was a spokesman for CBTS. SOURCE: Awful Announcing

Brennaman's career took a big blow recently as he was caught on hit mic, referring to an undisclosed location as 'one of the fag capitals of the world.' Moreover, he later apologized but couldn't save himself from getting a suspension for the doubleheader. Regarding education, he completed his graduation from Ohio University, where he was the president of the Beta Kappa chapter of Beta Theta Pi fraternity.