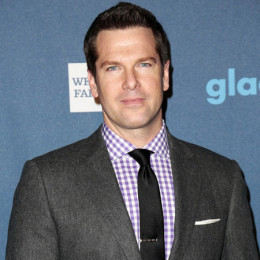 He is a handsome American television journalist who currently work as a news anchor at MSNBC. He is raised as Roman Catholic by his parents. From his young age, he was determined to be a journalist so, in order to pursue his career joined at Western Maryland College from where he received a major in communication and minor in journalism. Formerly, he used to work at KNSD as a writer and field producer. Later he quit the job in KNSD and joined ABC affiliate KLKN-TV where he worked as a general assignment reporter. He is also former entertainment anchor for popular and most watched shows like “Entertainment Tonight”.

He was in headlines when he disclosed that he was sexually abused by Jerome F. Toohey Jr who is a former priest, when he was in high school. He has openly announced that he is a gay. According to him, he is proud of what he is and he don't want to change that. He was in relationship with his partner and after same-sex marriage in New York got legalized, the couple turned their relationship into marriage.

They dated each other for 12 years. After same-sex marriage was legalized they turned their relationship into marriage.