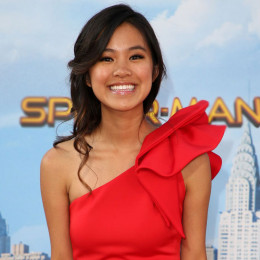 Tiffany Espensen is a Chinese-American actress who is well known for her portrayal as Piper in the Nickelodeon series Bucket and Skinner's Epic Adventures.

Tiffany Espensen was born on 10 Feb 1999, in Fuzhou, China. Espensen was adopted by American couple Dan Espensen and Robin Espensen. She is of Chinese-American ethnicity and holds American nationality.

Tiffany Espensen began her career by appearing on an episode of The 1/2 Hour News Hour in 2007. Her debut movie appearance on Hannah Montana, as Samantha. She made guest appearances in movies like VP, Zeke and Luther, and True Jackson.

Later, Espensen landed a lead role on the Nickelodeon series, Bucket & Skinner's Epic Adventures, portraying Piper. Her other credits in movies and television series are, Phineas and Ferb, Lie to Me, Criminal Minds, Earth Echo, Spider-man: Homecoming and more.

Tiffany Espensen is currently eighteen years and is single. She is busy with her work, determine to make a career in acting. There is no any rumors or news regarding her personal affairs to date.

Tiffany Espensen earns a decent amount of money, as she has been in acting since her small age. She is eighteen years currently and has portrayed in various movies and television series.