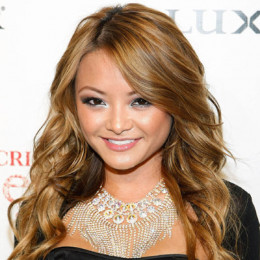 An American beautiful and gorgeous model, singer and also television personality who was born in Singapore. She is mainly famous as the MTV celebrity where she played the main role in a television reality show called "A Shot at Love with Tila Tequila" for about two seasons.

Tila Tequila is openly bisexual and as of now she is possibly single but previously, she has several dating affairs. She first was in a relationship with Ray J in 2006 and split apart. She dated Dani Campbell for months.

Tila Tequila holds a net worth of $1.5 million from his career as an actress and TV personality.

Tila Tequila was born on October 24, 1981, in Singapore. Her parents were a victim of the Vietnam War and thus they emigrated to Singapore during the war. She is nicknamed as Miss Tila which is her stage name.

She started her career in modeling at the age of 19 by doing a nude photo for the Playboy magazine.

She is beautiful and adorable. Her picture along with her mother can be found in different sites.