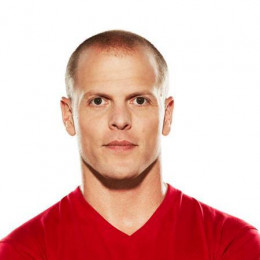 An American renowned author, entrepreneur, angel investor, and public speaker who is widely known as a world-record tango dancer who made the 'Guinness Book of World Records' record for the most consecutive tango-spins in a minute. He graduated from St. Paul's School. he has also achieved degree in East Asian Studies from Princeton University. He started his career in sales at a data storage company. Later he formed his own Internet business naming it BrainQUICKEN, while he was still working in data storage company. In 2007 he released his book named 'The 4-Hour Workweek' which became a No. 1 best seller and developed a global reach. Currently he is also angel investor or also an advisor to Facebook, Twitter, StumbleUpon and many other internet business company.

He was involved in an controversy when he told in media that prior to his writing career during 1999, he won in the 165 lb. weight class Chinese kickboxing championship by shoving opponents out of the ring by an uncommon practice known as "Weight cutting". Talking about his personal life he is still single. There is no rumor or gossip regarding his affair with anyone. It seems like he is still busy in building his career rather than worrying about his love life.