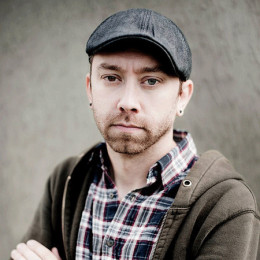 Timothy James McIlrath commonly known as "Tim McIlrath" is a lead singer, songwriter, guitarist and co-founder of the punk rock band Rise Against. He is a animal rights supporter and actively promotes PETA with his band. He is a graduate of Rolling Meadows High School located in Rolling Meadows, IL. He majored in English and Sociology, from the Northeastern Illinois University.

Accounting his personal life, he definitely is not a gay. Till now he is married only once and with his wife he has raised two children. Detailed information about his wife and children has not been disclosed to the media yet. Being so popular, he has managed to keep his family matters away from the media and public. Beside that, there is no record of his affairs and other such relevant activities.

She is the first and current wife of Tim, whose personal details has been kept out of media's radar.