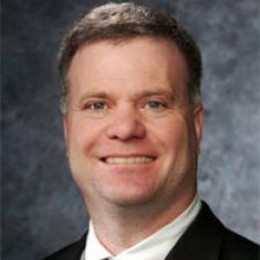 Robert Tim Yeager is a financial Secretary and Treasurer at UAW Local 2320 in Chicago. He also serves on the Standing Commission on Anglican and International Peace with Justice Concerns and the Advocacy Centre of the Episcopal Church. He started his career in 1977, working in legal services at the H.E.L.P. office in Davenport, Lowa. His educational details has not been disclosed to the media yet.

Actually there is no any information available about him on the internet as he came to media's attention because of his wife. His wife is an Emmy Award winning news anchor with whom he has been enjoying his marital relationship since 1993. Though it's been a long time that they have been married but yet there is no sign of them going to have some kids, as they seem too busy on their work.

She is the one and only wife of Tim, who is an Emmy Award winning CNN journalist. Detailed information about their marriage is still unknown.