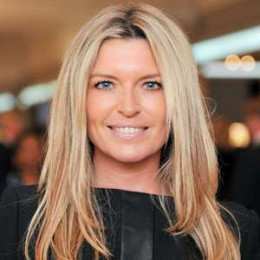 Tina Hobley is an English actress and radio presenter. She graduated from the Webber Douglas Academy of Dramatic Art, where she was trained from 1990 to 1993. Hobley had a number of roles in the television dramas, such as "The Bill" as Sue Booker; "Coronation Street" as Samantha Failsworth; and "Harbour Lights" as WPC Melanie Rush. Hobley's notable role was ward sister Chrissie Williams in BBC medical drama "Holby City".

Tina Hobley has married twice, her first husband was Steve Wallington, a graphic designer. They married in 1998 and divorced in 2001 after they welcomed their first child, a daughter Isabella 'Bella' in 1999. She remarried her partner Oliver Wheeler on 16 December 2006. The couple has been blessed with two children, a daughter Olivia (Born 18 April 2008), and a son Orson (born on 1 March 2010). Hobley and Wheeler shares a good chemistry with no signs of divorce.

Tina Hobley was married to graphic designer Steve Wallington in 1998, but the couple later divorced in 2001.

She remarried her boyfriend Oliver Wheeler on 16 December a 2006.The couple has been blessed with two children.

Isabella was born to Steve Wallington and Tina Hobley in April 1999 before her parents divorce in 2001.

Olivia is the first daughter of Tina Hobley from her second husband Oliver Wheeler. She was born on 18 April 2008.

Orson is the first son and second child of Oliver Wheeler and third child of Tina Hobley. He was born on 1 March 2010.