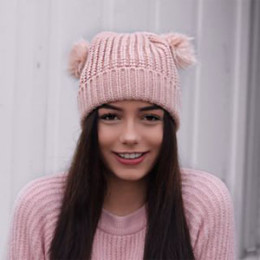 Austrian Instagram and Musical.ly star, Tina Neumann is a rising YouTuber who rose to fame after featuring in lip-sync and dance duet videos on Musical.ly. She has more than 289k followers on Instagram and amassed more than 121k subscribers on her YouTube channel to the date. As a musical.ly star, she also has over 2.06 million fans on the app. Neumann is in a relationship with fellow YouTuber, Just Yves.

As a musical.ly star, she also has over 2.06 million fans on the app. Neumann is in a relationship with fellow YouTuber, Just Yves.

Tina Neumann was born on 11th March 2002, in Austria under the zodiac sign Pisces. She belongs to Caucasian ethnicity and holds Austrian nationality.

As a child, Neumann developed her interest in social media and started posting videos on Musical.ly and YouTube. Currently, the 16-year-old is in high school and focusing on her studies.

Tina Neumann began her career as a musical.ly star & as of 2018 has accumulated more than 2.06 fans. She uploaded several lip-sync video and dance on her musical.ly account.

On Sep 8, 2016, Neumann joined YouTube, creating a self-titled channel, Tina Neumann and in a year span, it has amassed more than 125k subscribers. She started her vlog series called #xmaswithtina which became a hit. Some of her most viewed videos are, Meine ROOMTOUR 2017, SO REDEN WIR WIRKLICH! Challenge auf ÖSTERREICHISCH mit meiner Schwester and Er schwärmt für eine ANDERE.

She also made her appearance at a LionTV live performance back in 2015. Aside YouTubing and Musical.ly, Tina Neumann is also an Instagram star where she posts adorable pictures of her fashion, styles along with vacation.

YouTuber Tina Neumann has gained immense popularity from her YouTube channel, which has helped her to accumulate an estimated net worth in five figures.

Moreover, as per sources, an Instagrammer with followers between 50k and 200k can make thousands per post. Neumann currently has more than 289K+ followers so we can say she makes more than thousands of dollars per month.

Tina Neumann is currently dating fellow YouTube, Just Yves (Yves Rech). The couple often shares their pictures on their Instagram, and also together made several videos on their YouTube channel.

Prior that she was linked to a guy named Skaper back in October 2016.

Neumann’s hobbies are, making comedic videos, acting and hanging out with friends. She also enjoys vacating all around the globe.