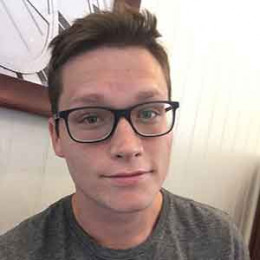 The popular gamer YouTuber Trevor Martin known by his stage name TmarTn has made a remarkable career on YouTube. After debuting on the site in 2010 he started playing "Call of Duty" game and taught beginners how to play it. His gaming videos were liked by many and the number of subscribers on his channels grew like wildfire. He has three channels TmarTn, TmarTn2 where he posts his gaming videos and some videos of his pet dogs and a channel with girlfriend Chelsea Kreiner, Trev & Chels.

Early Life and Education of TmarTn

TmarTn was born Trevor Martin on September 4, 1992, under the birth sign Virgo in Daytona Beach, Florida. His major subject in college was finance. 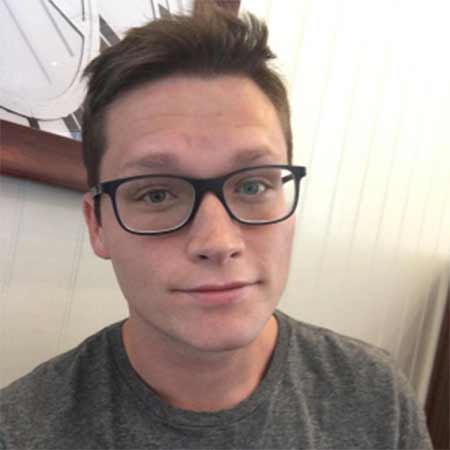 He was interested in playing video games from an early age and started his own YouTube channel where he posted gaming videos.

TmarTn is a YouTube gamer who first debuted on YouTube in May 2010 and has been successful in making a very good career in the social media field. Martin has two channels where he posts his gaming videos. In his very first channel named TmarTn, he is seen playing Call of Duty game and teaches the beginners to play it. He has managed to grab about 3.39 million subscribers.

As he is a massive promoter of the game he receives an advance copy of it Call of Duty: Advanced Warfare. Whereas on his second youtube channel he is seen playing several other games like Fortnite, South: The Fractured But Whole, PUBG and so on. 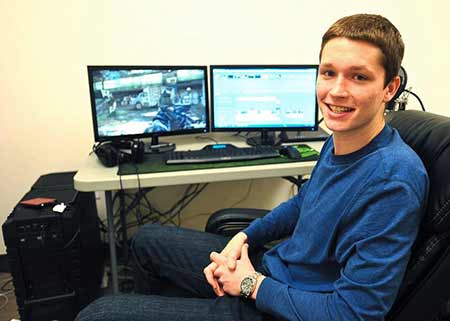 He also posts vlogs of his dogs Cooper and Koda which gathers many views and the most viewed video of his channel is the video titled "Dogs Gets Personal Water Park for the Third Birthday" which gathered 10 million views.

In his secondary channel, he has around 3.4 million subscribers.  At an early age, he has received a huge success and has done collaborations with other popular YouTubers like Austin Pamajewon and Matt Haag who are basically Call of Duty (CoD) YouTubers.

With a career that huge TmarTn is estimated to have a net worth of $1.5 million according to various sources. His major source of income is from his three YouTube channels which have a good amount of subscribers.

The famous YouTuber is in a relationship with another YouTube vlogger, Chelsea Kreiner since 2015. She is an online cooking blogger who founded the food site, The Savory Site and is associated with a top chef, Sean Brock.

The couple makes videos together and has a channel together named Trev and Chels where they share their personal vlogs. Their channel has 508k subscribers and in their vlogs, they are seen having fun and traveling places together.

Nothing makes me happier than traveling with this little one. Had an amazing week with @royalcaribbean, can’t wait to share it with you all. Thanks to @david.giambalvo for the candids! #marineroftheseas #ad

In 2016, he was caught in a controversy for encouraging viewers to gamble through his gambling website, CS: GO Lotto which was exposed by HonrTheCall. In his videos, he was seen playing the game using real money and gambling to get an expensive game built weapons.

But he hadn't mentioned about he himself being its owner which is known to be a serious crime according to Federal Trade Commission (FTC). As the FTC laws state that promoting or sponsoring a video game or any other product cannot be done without disclosing the main owner.

The issue got settled since FTC didn't find any deeper violation but if found they would have to pay a civil penalty of $40,000. The controversy got viral and he made an apology video and shut down the game later on. He along with another YouTuber Thomas Syndicate Cassell was the owner of the game.

He is active in his social sites like Instagram and twitters where he has around 605k and 1.75 million followers. On his Instagram, he posts many travel photos.

Here is an interview of TmarTn in the X Games.